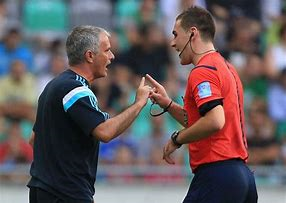 MPA Mouthpiece Q and A

Publisher’s Note: The National Federation of State High School Associations is the only source of official high school interpretations. They do not set aside nor modify any rule. They are made and published by the NFHS in response to situations presented.
Dr. Karissa L. Niehoff, Publisher, NFHS Publications © 2022

SITUATION 1: Player A1 is observed by the referee to be wearing socks that have been modified by cutting off the foot of the sock. RULING: Legal. COMMENT: Any visible material worn under the sock and above the ankle must be of a similar color to the predominant color of the sock. (4-1-1)

SITUATION 2: During team warmups, the officials notice a player on Team A wearing plastic beads at the end of long braids. The braids are (a) pulled back and secured in a bun with an elastic hair band; (b) free flowing, allowing the braids with beads to sway back and forth as the player moves. RULING: (a) legal; (b) illegal. COMMENT: Hair-control devices and other adornments in the hair that are securely fastened to the head and do not present a risk of injury to the player, teammates or opponents are permitted. In (b), the official shall notify the coach of Team A and allow the player to make the equipment legal by securing the beads to minimize risk of injury. (4-2-2)

SITUATION 4: A player on Team A is struck in the head during play and immediately displays signs and symptoms of a concussion (loss of balance, dizziness, and confusion). The official calls an injury time-out. The official explains to the head coach of Team A that the player must be removed from the contest and will not be able to return to play until cleared by an appropriate health-care professional. RULING: Correct procedure. COMMENT: When an athlete exhibits signs, symptoms or behaviors consistent with a concussion, that athlete shall be immediately removed from the contest and shall not return to play until cleared by an appropriate health-care professional. The officials are not to diagnose injuries, but should remove the athlete and notify the coach. Allow the health-care professional to determine the outcome of the injury. (3-3-2, 5-3-1l, NFHS Suggested Guidelines for Management of Concussion, Appendix B)

SITUATION 5: Team A is awarded a free kick and multiple players from Team B line up for a wall at appropriate distance from the spot per the official, and then another player from Team B (the defending team) lays down behind the wall. Before allowing the play to start the official instructs the player from Team B to stand up. RULING: Correct procedure. COMMENT: A player may play the ball while on the ground providing their action does not create a danger to that player or any other player. Laying down behind the wall of defensive players creates a dangerous situation to both the player on the ground and those defending in the wall. (12-6-1)

Situation 1:  Player #14 is on a breakaway , dribbling the ball to score; his legal mouthpiece is hanging out of his mouth, according to the rule above when do I send the player off

Answer: The player is in the vicinity of the ball. At the next stoppage of play or dead ball you must send the player off the field and   Remember: "Play shall not be stopped immediately for an infringement of this rule."

Situation 2:    You have sent a player off during the course of the game because of an illegal mouth piece or no mouth piece and he or she reports to the assistant referee or your partner that he or she now has legal equipment, can they reenter the game at any time?

Answer: The play must be stopped for some reason; and the player may reenter the game to 'fill out' the eleven players at a stoppage of play. Such reentry should not be a delaying tactic for the defending team.

Answer:    No. As this is the second violation of the illegal equipment rule the player is cautioned

A.        The Maine Principals’ Association recognizes the religious diversity of soccer players around the State of Maine. As such Muslim female players may wear a hijab or similar head covering of soft material. Generally it shall conform to the basic shape of the players head and be tucked into the uniform jersey. 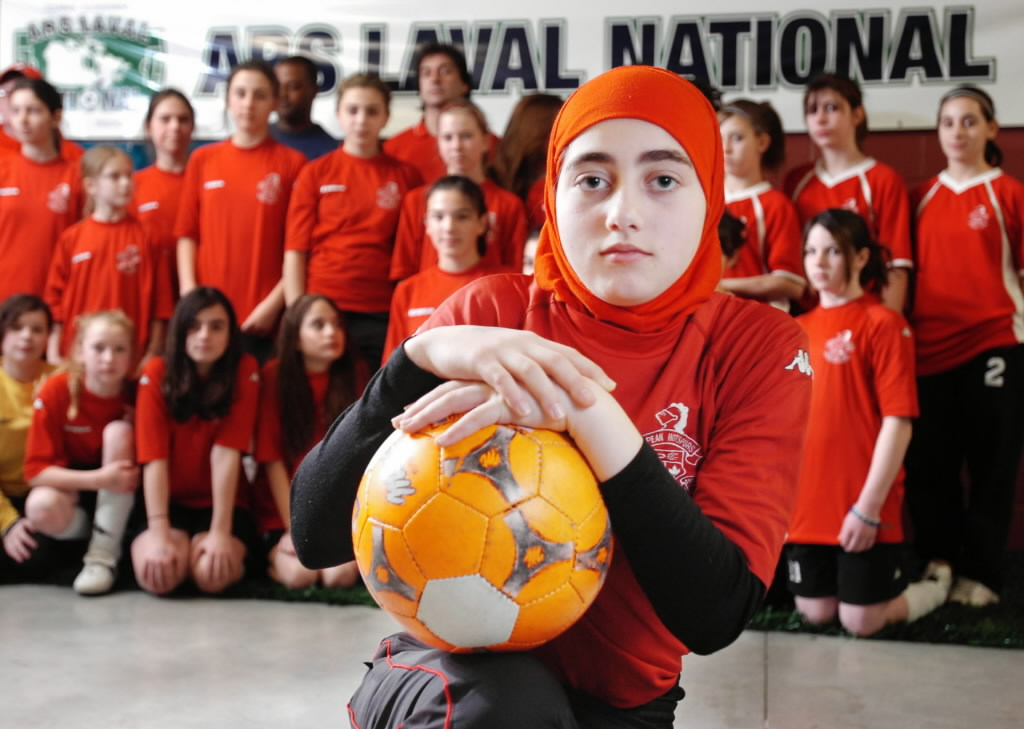 Q.        Female Muslims may also be required to cover their arms and legs, how will that be handled?

A.        National Federation rules currently allow a player to wear visible apparel under the jersey and shorts. Remember, however, that all players wearing visible apparel must wear apparel of similar length and color. As such a Muslim female player could wear sweat pants or warm up pants or jacket, etc under her shorts or jersey. Visible under apparel must be solid in color.