In May, 2014, Maine Association of Soccer Officials voted to establish the Bob White Award to be given annually to  the MASO official who best exemplifies the characteristics that Bob showed as an official and a person. This will be an annual award, the lone recipient of which will be selected from nominations made by local boards. The criteria for the award will be codified by committee from the Executive Board and promulgated to the local MASO Boards. That committee will accept and review the nominations before selecting the yearly honoree.

The Bob White Award was awarded for the first time to the man for whom the award is named, Bob White. The award was made on Thursday, August 7, 2014 in Presque Isle, Maine at the Interpretation meeting for the Northern Maine Board of Approved Soccer Officials. Bob was caught completely by surprise when MASO President Sheldon Tozer made the presentation on behalf of MASO. The handsome plaque that Sheldon presented to Bob references the three legs of the stool upon which Bob based his soccer officiating career,  Knowledge, Integrity, and Dedication. Sheldon reports that Bob was quite humble in his acceptance of the award. Bob is a founding member of the Maine Soccer Officials Association and the Northern Maine Board. He was the State Rules Interpreter for 30 years; and is a member  of the National Federation of High Schools Hall of Fame. Bob Officiated every level of State Championship games and has been a member of the National Intercollegiate Soccer Officials Association 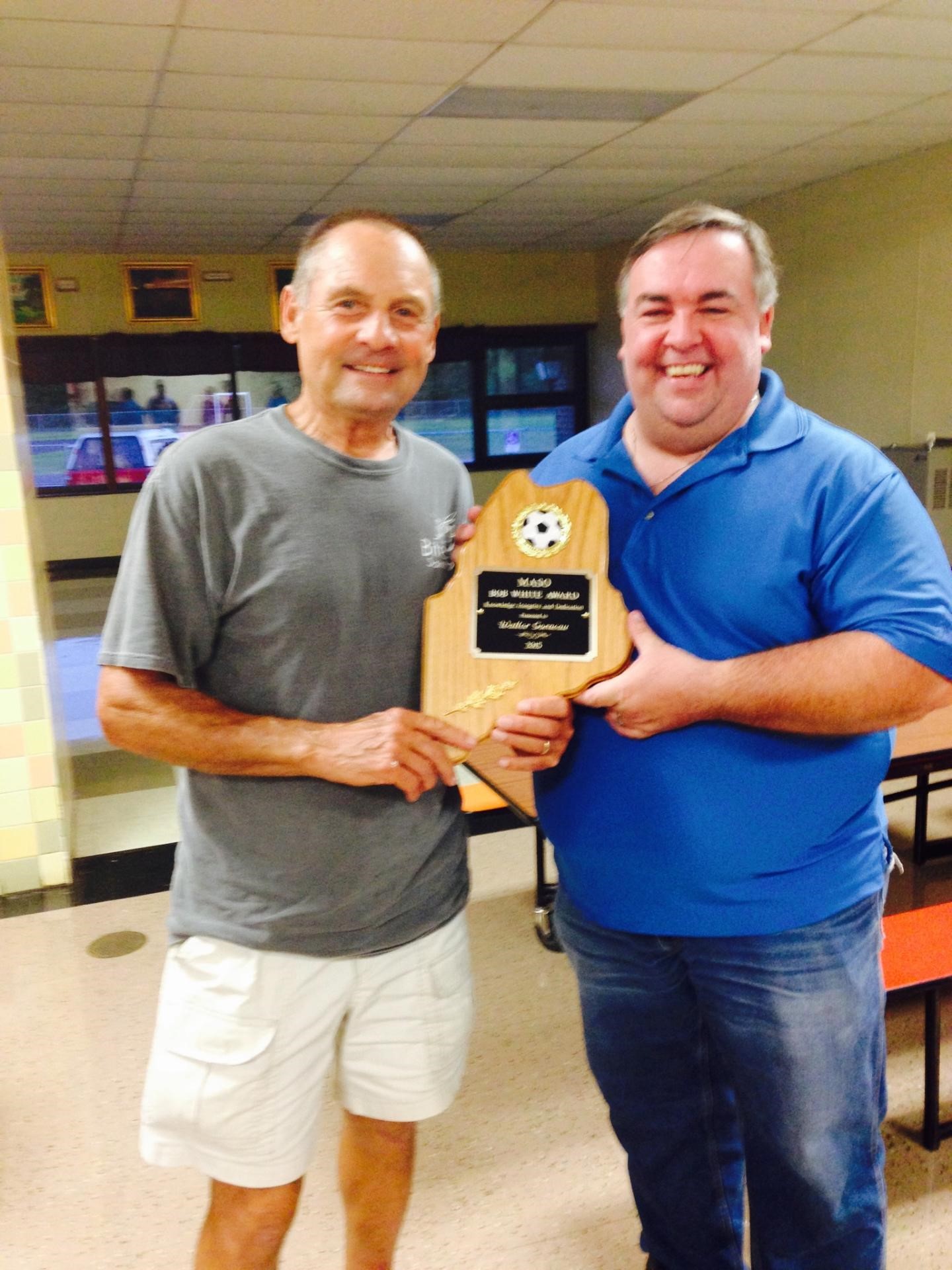 Walter Gorneau is the 2014 recipient of the

BOB WHITE AWARD. Walt was originally a member of the Western Maine Board, having joined in 1966 while teaching at Gray-New Gloucester High School. In 1968 he moved to the Mid-Coast Board after taking a teaching position at Boothbay High School. He became a member of the National Intercollegiate Soccer Officials Association in 1971. He held the position of MASO Examiner for thirty years.  Walt has worked a countless number of NFHS Soccer games and numerous MPA Tournament games as Referee and Assistant Referee

Bob Stedt  is the 2016 recipient of the BOB WHITE AWARD. Bob is a member of the Northern Maine Board and the National Intercollegiate Soccer Officials Association. He has refereed in several state championship games as an Assistant Referee and Referee. He has served as the Interpreter of Rules for the Northern Maine Board. He is the current Referee Assignor for State Level Playoff games. He played college level soccer at the University of Maine At Fort Kent. Bob is a member of the University of Maine Fort Kent Bengal Hall of Fame. 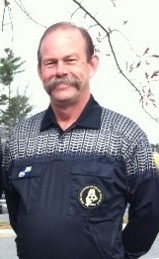 Brad Fogg is the 2017 recipient of the BOB WHITE AWARD. Brad is a member of the Western Maine Board and National Intercollegiate Soccer Officials' Associations. He is a past President of the New England Intercollegiate SOA, and past NFHS Rules Interpreter, succeeding Bob White. He served on the MASO Executive Board and is the current MPA/MASO Liaison. He has been a member of the Northern Maine and Downeast Boards. He is a current MASO and NISOA Assessor. He has officiated at every level of state championship games and NAIA Divisional playoffs. He played college level soccer at the University of Maine at Fort Kent. Brad has been officiating since 1974. 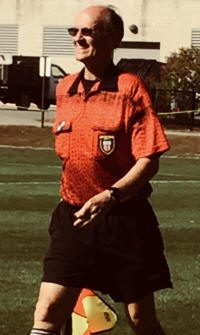 Larry Larochelle is the 2018 recipient of the BOB WHITE AWARD. Larry has officiated High School soccer in Maine since 1983 and collegiate soccer since 1988. He is a member of the Midcoast Board and New England Intercollegiate SOA. He has served as his local Board President, Rules Interpreter and has been the Local Assignor since 1990.  Larry served for many years on the MASO Executive Board, including 4 years as President. He was liaison to the MPA Soccer Committee for 12 years and was the assignor of officials for the MPA State Finals for 9 years. Larry has officiated more than a dozen HS state championship soccer matches. He also has officiated HS basketball in Maine since 1977 and baseball since 1999, has assigned baseball since 2000 and was Western Maine Board basketball assignor from 2003-2017 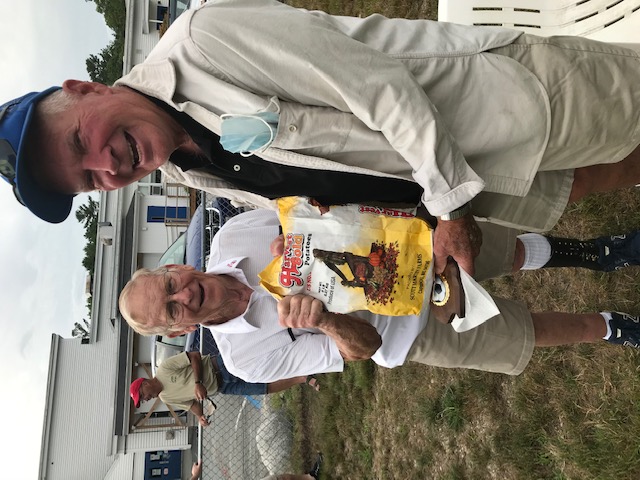 Denny Harmon is the 2020 recipient of the BOB WHITE AWARD. He has officiated in the game of soccer for close to 50 years and has served as an inspiration to his fellow officials, coaches and student athletes. He has set a standard of officiating performance that has enhanced the level of foul recognition, and player understanding of the game. He was known for being firm, fair and consistent in administration of the rules. Here he is receiving the coveted Bob White Award, a 5 lb bad of potatoes, and the plaque from the master himself, Bob White.